Home > Moving Toward a Target Condition

Number One: Assume the Path Is Unclear

To begin with we may need to calibrate our expectation of how the effort to achieve a target condition will proceed. We often make a plan and then intend to execute that plan, but reality is neither linear nor predictable enough for this to be an effective way to reach our target conditions. Consider, for example, landing an airplane:

How would you feel as a passenger if the pilot were to define the intended flight path for landing the aircraft, and after that allowed no further adjustments to it? On the way from 30,000 feet to the runway on the ground there are going to be many unpredictable wind gusts, and the aircraft will not actually reach the runway.

It is no different with target conditions—there too no one can aim so well up front as to always hit them. Regardless of how well you have planned, you will do well to assume that the way to the target condition is not completely clear; it is a gray zone (Figure 6-2).

Any step taken engenders reactions from the system, but because of interconnectedness, we do not know exactly what those reactions will be. What we are actually doing with a plan is making a prediction, and despite our best efforts, planning errors cannot be avoided. Unforeseen problems, abnormalities, false assumptions, and obstacles will appear as we work to move forward (Figure 6-3). This is completely normal, and we should pay attention to them and make adjustments based on what we are learning along the way.

Figure 6-2. The way to a target condition is a gray zone

Figure 6-3. The tug-of-war between prediction and reality

It is very difficult to make predictions, particularly about the future.

How Toyota Works Through the Gray Zone

Once a target condition has been established and a plan is made, Toyota then places considerable emphasis on the next step. There is no need for lengthy theoretical discussion or opinions about further activities or steps beyond that, because whenever one step is taken, the situation may be changed as a result.

What was learned in the last step may have an influence on the next step. For this reason, Toyota works toward a target condition in small, rapid steps, with learning and adjustments occurring along the way. This is the equivalent of placing one foot in front of the other, one step at a time, and always adjusting to the present situation as necessary, and is quite different than working through the predefined steps of a plan or action-item list.

By adjusting based on what is learned along the way, Toyota makes progress like a scientist. With each empirical insight, a scientist adjusts his or her course to take advantage of what has been learned.

I learn each day what I need to know to do tomorrow’s work.

Nothing within a horizon can have a fixed definition. Every step taken alters the horizon, changes the field of vision, causing us to see what had been thus far circumscribed as something quite different.

Plans are things that change.

Another way to visualize Toyota’s way of working toward a target condition is the staircase diagram in Figure 6-4.

Here is a useful analogy: You have defined where you want to go (the target condition), but the way ahead between here and there is dark. You are holding a flashlight, but it only shines so far into the darkness (Figure 6-5). To see further and spot obstacles hidden in the dark you have to take a step forward. 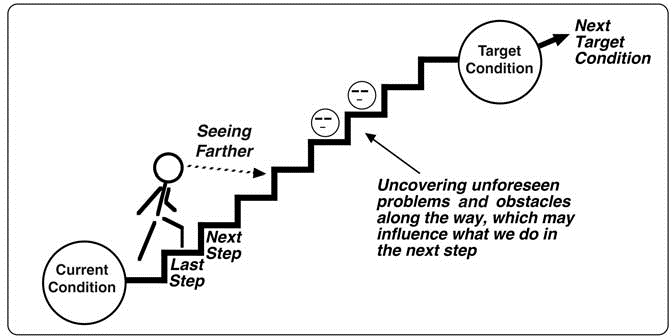 Figure 6-4. How Toyota works toward a target condition